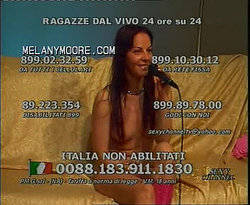 Sexy Channel started broadcasting in January 2006 with a girl on a sofa, Shows were intermittent and always with Uma and repeats of Uma. Soon, different girls began to appear. The girls were allowed to offer highly explicit shows.